Monthly lifestyle magazine AsiaLIFE marks its 10th anniversary in Cambodia next week, with a celebratory bash to be held at Metro Mara from 6:30pm on Wednesday 9 November.

We caught up with AsiaLIFE publisher Mark Bibby Jackson, who will also be signing copies of his latest Cambodia-based novel Peppered Justice at the party, to find out more about the origins of the magazine and the major events during its first decade in circulation:

What are your memories of the first edition of AsiaLIFE, and what were the main challenges of getting the publication up and running?

The first edition was pretty much a rush. We had a very small team. I handled sales and editorial. A photographer came in from Vietnam for two days to shoot the magazine. We had two other writers. There was no office. No budget really, just a lot of hard work and people pitching in together.

To do the cover spread we got our photographer Peter Stuckings to go on a small boat to shoot some expat friends of mine standing on a boat. We just hailed a passing boat, he got in and we took the shot. It was very much like that in those days.

The magazine was printed in Vietnam originally. It came across in a bus as if it was smuggled contraband. One of us would meet the bus at the station and then convey it into town by an old jeep I had or by tuk-tuk. On the actual launch we were still waiting at 5pm for the magazines to arrive when the party was supposed to start at 6pm. They arrived with half an hour to spare I think.

But really I guess the main challenge was persuading people that the magazine had legs. We weren’t the first to try launching a lifestyle magazine in Phnom Penh, but we were the first to succeed at it. However, the expat community really got behind us and without them we really would have folded in the first few months.

Have any staff members remained with the company since the start?

I don’t think anyone has stayed from the start. But [distribution and accounts manager] Seang Seiha has been with us from the first year, so that’s nine years now.

People tend to come and go, it’s a very fluid community, but the Khmers in our team have stayed a long time. I’ve found retaining and replacing staff pretty easy. It’s a quality publication, and people like working for quality publications.

What have been your most lasting memories of running the magazine over the years?

I guess working to the early hours of the morning to get the magazine out. Also, receiving a call while staying at Knai Bang Chatt resort in Kep that we didn’t have a licence for the magazine and would we be so kind as to acquire one.

The ‘gay’ issue was a high spot, the ‘uncensored sex’ one our lowest ebb (both my idea), but the most rewarding has been to see how the magazine has grown and how people really do look forward to the next issue and have said how important AsiaLIFE has been to their life in Phnom Penh. It can be a hard place to survive sometimes and I hope that our magazine has made this struggle just a little bit easier for people.

What are the editions you have been most proud of producing?

The ‘gay’ issue was definitely the most proud one for me. Having a photo of the Pride flag on the front cover was important. It helped show that the English-language media in this country is a very tolerant one. But there have been many stories where we have tackled social issues that our important.

Another element is how the country has changed in the ten years. Now we can write stories we couldn’t have ten years ago. Not thru censorship, but because people weren’t doing so much. The country has come of age in the last decade.

This was something that was so important for us when we set up the magazine. We wanted to show the country in a positive light. Everyone else was writing about the Khmer Rouge, child prostitution, corruption … we wanted to say that it’s not all bad, that there are some great aspects to this country.

How has the magazine evolved over the years?

In design, enormously. I can’t even look at the first issue now – it’s so ugly. Hopefully the improvement in the look of the magazine is there for all to see.

But also the content has evolved as the country has. There are more stories about Khmers. We have more stories with a social aspect. It’s not all light and fluffy articles any longer. Some of this has been deliberate, some through natural evolution.

We’ve had seven graphic designers and six editors over the ten years. Each one has brought a bit of themselves into the role. This has helped to keep the magazine fresh.

What can we expect to see from AsiaLIFE in the future?

More of the same. I know it sounds boring but I am not one who believes that things should always change. Evolve yes, but not change.

However, the website is becoming increasingly important for us – it is getting really good traction. One of our advantages is that we create unique content each month, not just here but in Vietnam with our sister publication AsiaLIFE HCMC too.

Ask anyone about websites, and they say how important it is to generate unique content. We do this automatically as the articles we run are our own, not syndicated or cut and pasted from another news source.

The other element we will work on more is the radio. We have Asialiferadio.com now too. Hopefully that will kick on in the next 18 months.

It Is High Time For Cambodia’s Insurance Market

Reducing Risk And Protecting Your Business 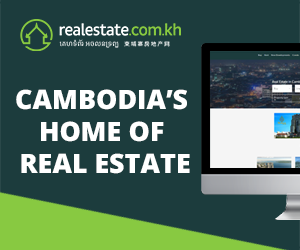