Siemens on Friday pledged to expand its investment in Cambodia as a result of the country’s impressive economic growth.

Armin Bruck, CEO at Siemens Singapore, said during a meeting with Minister of Economy and Finance Aun Pornmoniroth that the firm is ready to increase its commitment in the Kingdom.

Minister Pornmoniroth noted that the government has recently launched a set of reforms to increase the country’s competitiveness and reduce reliance on its main markets. They include facilitating trade, reducing electricity fees, lowering taxes, and reforming institutions.

He said the government welcomed Siemens’ expansion plans, adding that the German company is a good development partner that has contributed to the energy and health sectors in Cambodia by providing quality equipment.

“We welcome the company’s expansion plans in Cambodia. We are eager to learn more about their latest products and technology that will contribute to the development of our economy,” he said.

“Cambodia will continue to work with Siemens and encourages companies to cooperate with relevant government agencies on new projects, such as using digital systems in aquaculture and using modern technology in traffic management.

“Cambodia wants to see more European companies invest in Cambodia. The private sector is an engine of growth for Cambodia,” added Mr Pornmoniroth. 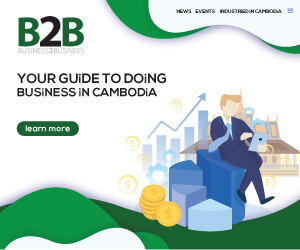